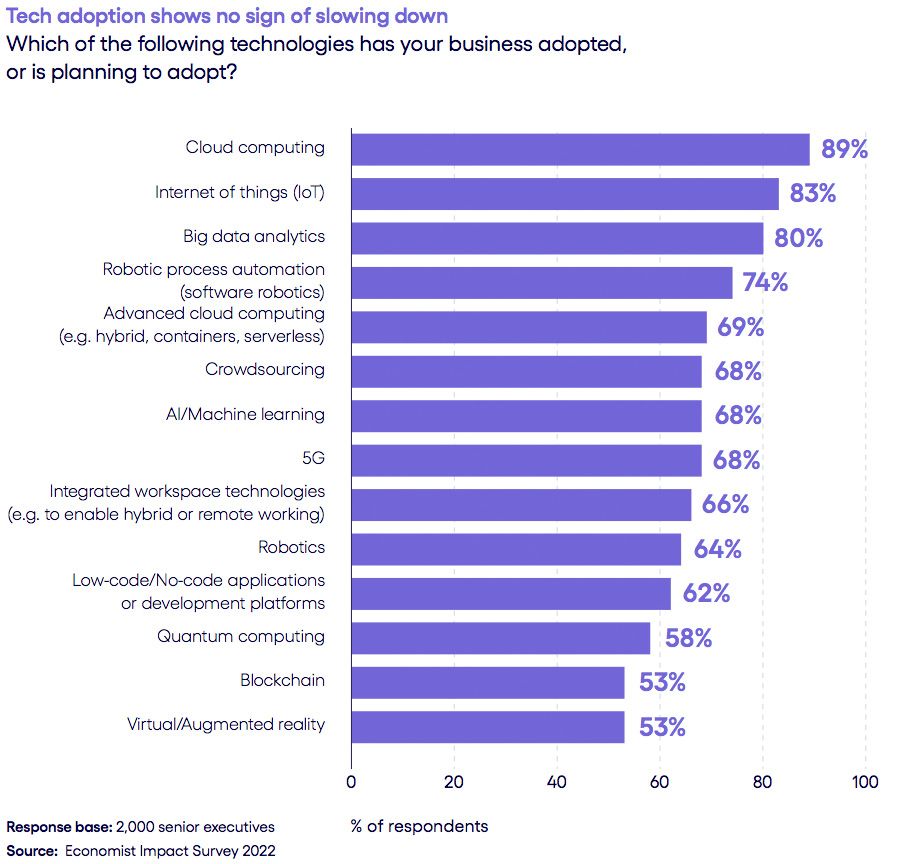 Businesses are ramping up their adoption of electronic processes, but are also failing to upskill their workforce in order in order to realise the technology’s potential. Firms must make technology and talent cultivation integral parts of their own strategy development in order to correct this.

With companies throwing billions of pounds every year at digital and analytic business transformations, it seems safe to say that the trend is showing no signs of slowing down any time soon. However , for all the promises of digital technology when it comes to improved efficiency and new opportunities, the majority of transformations still fail .

More often than not, this is because executives place too great an emphasis on the particular power of technology itself, while neglecting the need for empowered professionals to actually operate this. Firms which give their particular staff re-training, look to bring in brand new talent in order to complement their workforce, and give front-line  managers the flexibility to enact change often have a higher success ratio with regards to implementing digital transformation. Now, a new survey of 2, 000 company leaders by  Cognizant has flagged up this disconnect, especially when it comes to deriving value from technologies investments, plus addressing a talent and skills gap. The researchers determined that if firms are to emulate leaders in the digital revolution, and thrive in the post-lockdown economy, they need to build both technology and human resources needs into their own long-term strategies.

The analysts found that over 60% of respondents were planning for or had already begun adopting advanced technologies such as quantum computing, blockchain, and robotics. Yet nearly 50% claimed they are not achieving significant worth from existing technology investments.

The most commonly adopted forms of technology were cloud computing – planning or even adopted by 89% associated with firms – and internet of things, which 83% of respondents pointed to. Meanwhile, as firms nevertheless work in order to derive value from the particular reams of consumer data they collect, 80% are usually investing in big data analytics infrastructure. However, in line with the other broader average, 44% associated with firms do not perceive cloud computing or large data analytics as adding ‘significant value’ while within internet of things’ case that was exactly 50%. Mounting frustrations from this perceived lack of progress is seeing some previously hyped technologies fall out associated with favour. While blockchain ownership seemed to be on the agenda of every boardroom in the economic climate two years ago, only 38% of adoptees have seen it add ‘significant value’, plus accordingly it is one of the least popular technologies within Cognizant’s study now – with just 53% of firms looking to adopt this. But rather than simply bin technologies off as not really giving worth, Cognizant finds that firms should first look in how they are cultivating talent.

The researchers identified a number of best practices for creating talent. These included actively tracking employee skill gaps; integrating training into worker schedules; including learning requirements into employee evaluations; using acquisitions to obtain hard-to-find skill; and coaching or mentorship programmes to help current staff get the most out of new systems and modes of working. Shockingly, only about two-fifths associated with companies reported using any of them – suggesting this might be the particular area where firms find the missing X-factor when it comes to deriving value from electronic change.

Euan Davis, Head of Aware Research concluded, “To succeed as the modern business, leaders should be ready for anything, and prioritization is key when everything seems equally critical. We’ve shown that will savvy technology investment plus attention upon developing talent with new and expanded skillsets are core elements of focus on which leaders can develop. ”